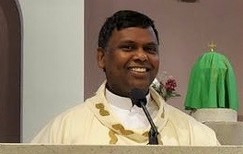 Third   Thursday Time TTT
Email thirdthursdaytime@gmail.com
Newsletter matters to be sent to antonymegalan@rcaos.org.uk by Wednesday.
ALL ARE WELCOME
We are part of the Lewisham Deanery and a parish of Archdiocese of Southwark
Please take a  look inside our Church.
Whenever we come into the presence of God in this holy church of
Holy Cross - Catford,we experience both invisible communion with God
and visible communion with each other. For more than a century, this beautiful church has been a spiritual power House for people
to have shared in this invisible and visible communion.
Please come and taste this unconditional love of God and to experience this friendly atmosphere in our Holy Cross parish.
Fr Antony
Sunday 21st Nov 2021 : Christ The King 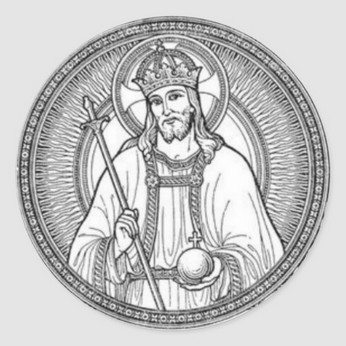 You can find the Readings from here
Dear Parishioner,
Today is the last Sunday of this Liturgical Year and we celebrate the solemnity of Christ the King. Jesus Christ is not only the king of the universe but also the king of our hearts, our families, our parish… He reigns in our hearts through his divine love and friendship.
When we were baptised, we received the kingly function of Jesus Christ, meaning to say, we too are called to reign in the hearts of the people of the world by an ex-emplary way of life according to His values. By seeing our goodness, may they glorify the Heavenly Father [cf. Mat 5:16].
I am glad to inform you that Pope Francis officially cleared Blessed Lazarus Devasahayam and 6 others for sainthood. Bl Devasahayam is from my home town, a couple of miles from my parish in India. The Congregation for the Causes of Saints declared that the canonization Mass will take place in the Vatican on May 15, 2022.
Born on April 23, 1712, as Neelakanda Pillai, Devasahayam served in the palace of southern India’s Hindu King Marthanda Varma of Travancore.
Captain Eustachius De Lannoy, a Dutch naval commander of the Dutch East India Company who was sent in 1741 to capture Travancore’s port of Colachel was defeated and taken prisoner. The dutchman who was later pardoned went on to become the king’s trusted commander. It was during their influential roles under the King of Travancore that Devasahayam Pillai and De Lannoy became close friends.
Devasahayam became interested in the faith of De Lannoy, who enlightened him, leading to his conversion in 1745. He was baptized by Jesuit priest Father R. Bouttari Italus. He assumed the name 'Lazarus' or 'Devasahayam' in the local language, meaning ‘God is my help’.
However, Devasahayam’s conversion did not go well with the heads of his native religion, and was regarded as a betrayal and danger to the Hindu kingdom. His refusal to worship the Hindu gods of the palace and renouncing the traditional Hindu religious festivals greatly angered the officers. False charges of treason and espionage were brought against him and he was divested of his post in the royal administration. He was imprisoned and subjected to harsh persecution. A Catholic for only seven years, he was shot dead in the Aralvaimozhi forest on January 14, 1752.
If anyone is interested in participating in the Canonization Mass with me in the Vatican on May 15, 2022, please contact me.
Fr Antony

Please take a copy of the Newsletter home with you - please do not leave it in the church. Thank you.

COVID SECURITY GUIDELINES : Following the recent changes(Monday 19 July) in the regulations from the Government, the parish has issued updated guidelines for continued safe and covid-secure worship in the church.The latest document is Covid-19 Route Map - Step 4

All the Masses will be live-streamed: https://holy-cross-stream.click2stream.com